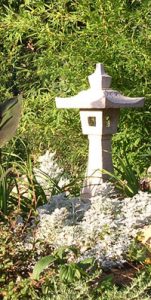 To arrive at this experience, the seekers must awaken from the foggy state of inner chatter in which they are internally immersed and which they consider to be normal. They need to stop the flood of uncontrolled thoughts which follow one another in their mind without respite.

In the Silence of the Unfathomable – Chapter 1

As human beings are ordinarily, because of a very curious state of absence to themselves in which they generally passe their life, it is impossible for them to suspect that when they wake from their nocturnal sleep, they nevertheless continue to sleep, only in a different way, which eludes them.
Indeed, just as their consciousness is subject to unceasing changes over the course of their nocturnal dreams (depending on the type of thoughts and imaginings which arise and fade away in them, uncontrolled on their part), in the same way during the day, they fall prey, unbeknownst to them, to mental processes which likewise are uncontrolled and disordered. However, as has just been stated, because of their customary state of absence to themselves, they are unaware of this. It is precisely because of this tragic state of waking sleep in which most human beings live that humanity finds itself plunged into such chaos and endures so much suffering.
When people are lost in their nocturnal sleep, they do not know they are sleeping ! Only upon awakening can they become aware of the fact that they were asleep an instant ago. The same goes for the seekers: only when they manage to detach themselves somewhat from their usual state of inner absence, through a specific concentration exercise, can they realize that they were indeed asleep within themselves a moment earlier.
It is precisely the act of having seen clearly the difference that there is between their customary state of inner absence, or in other words, waking sleep, in which they were enshrouded a moment before, and the brief instant when they succeeded in awakening a little which comprises the decisive step and the very essence of all the spiritual work they must accomplish on themselves.

At the beginning, it is unlikely that seekers comprehend the full extent of the tragedy of this curious absence to themselves which, as soon as they stop concentrating in their meditation sessions or their spiritual exercises, immediately seizes them without their knowing, and because of the strange hypnotic force it wields over them, they can remain in for the rest of the day—or even their existence. So, when they want to sit down and restart meditation, they are, without being aware of it, only starting from the “bottom” again !

Once again, they will have to go to lengthy, arduous efforts—if they are sufficiently serious—in order to “rise” again in themselves when practicing meditation, to be more or less able to re-attain a state of being and consciousness inside themselves which will elevate them somewhat. However, as soon as they stop concentrating, they will experience the same problem: this dark and almost insurmountable waking sleep which engulfs them again when they get lost in the fog of their customary daydreaming.

The tragedy of their incarnation lies in the fact that, without being conscious of it, they never live in the present moment; they continually project themselves into the future and constantly anticipate it. Furthermore, their gaze is only turned towards the future in relation to their experiences of the past, because they are unable to efface from their minds what they were or what they imagine they will become. Thus, for them, the past ceaselessly projects itself into the future, and eternity, which is in the present, always eludes them.

Hardly has the present moment arrived than it disappears into what seems to be an unfathomable nothingness. Every moment is in movement towards another and becomes another moment every fraction of a second. However, behind this uninterrupted temporal movement, something remains mysteriously unaltered. Despite these continual changes in external life and despite the incessant movement of time, human beings, without being aware of it, cannot help having the strange and inexplicable feeling of always existing or being!

Next topic      Back to the Teaching page