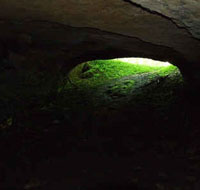 When the seeker manages to remain concentrated for a sufficiently long period, it will be possible for him to recognize at least the premise of a screen of luminous consciousness which is his true being. He will then realize that it is possible for him to exist without his body, which will be of invaluable assistance in order to face the decisive moment when he will have to leave his bodily envelope.

At the beginning of his mysterious spiritual adventure, the seeker may not realize that this inner act of “self-surrender,” which must, little by little, become for him a permanent and natural way of being, in reality constitutes an apprenticeship and an important preparation for the hour of his death, the hour of the dissolution of his corporeal form—a phenomenon that no living creature (who, for a usually unfathomable reason, has taken on a visible body), no celestial star, not even the Universe can escape.

Knowing how to surrender himself inwardly will be an inestimable aid for the aspirant when the moment of his physical death comes and he is carried away by an invisible force, in the face of which he will find himself totally helpless. At that fatal moment, it will be so precious to him to be already familiar with this subtle inner approach of “self-surrender.”

All his spiritual work must, in fact, become a preparation for that implacable hour, that crucial instant when he will be initiated into something whose immensity he cannot usually conceive—unless he has already had, during his meditation, a glimpse of that enigmatic state, into which he will be reabsorbed after his death; he will then be more confident and be able to surrender himself inwardly without fear when the moment comes for him.

Awakening : a Matter of Life or Death – Chapter 3

To avoid losing heart, the seeker must know that, contrary to what he might imagine, real practice of meditation is not at all easy to carry out to start with; it demands the most sustained effort of which he is capable, and which he must pursue with tireless determination to attain a quite different state of consciousness in him one day, a completely different state of consciousness which ordinarily he lacks.
He must realize that what is required of him, and which proves to be so different from that which he is commonly used to doing, is to plunge into himself, into an invisible world which was unknown to him up to that time, in search of the Source from which he originally sprang and into which he will be re-immersed at the end of his earthly existence—which, from the start, is bound to be temporary. He must understand that acknowledgement this enigmatic aspect of his nature depends on his capacity to accept letting go of everything—ambitions, imaginings, daydreaming, etc.—when he carries out this descent into his being.

From the Depths of the Mists

One should recall that the primary goal of spiritual practice must be to recognize in meditation another state of being and consciousness which is independent from the tangible world and which can be found after death. One will then realize that it is possible to exist without the support of a body and one will no longer have the same apprehension about losing one’s earthly envelope.

9 – The Weight of a Word (comment on the novel)

The human being has become so accustomed to attaching credit only to the senses—to what he can touch, feel, see, hear and taste—that the very idea of Impersonal, formless, invisible and beyond the tangible shocks and frightens him.

From the time of his birth in this form of existence, he receives a name which he indissolubly associates with his body. His name and body form a whole which he is used to calling “me.” And he cannot conceive that it is possible, if one has known one’s True Nature which is Nirvana, to exist without one’s body.
The seeker must realize that identifying with his body which, without his knowing, he believes to be himself, and without which he believes he will no longer be able to recognize himself, proves to be the largest obstacle to his Liberation—or, it would be more precise to say that identifying with his body is exactly what he must free himself from.